Homelessness in Los Angeles, is on a civic track for progress. There are two propositions schedule for the November elections, if passed these propositions will create housing for LA’s 12% and employment for residents in Los Angeles County. On Wednesday October 19, 2016 organizer LA Voice PICO invited co-sponsors; Religious Action Center of Reform Judaism (RAC) and the ILM (Intellect-Love-Mercy) Foundation, to hold a summit at Holman Church. This summit supports Props HHH – housing for the homeless and JJJ – a job generator. Both are important props that furthers the City of Los Angeles agenda for social responsibility and progress to engage homelessness.

This event also featured Pastor Cue Jn Marie, from Skid Row’s Church Without Walls who has a 10 year ministry. Pastor Cue is an active partner to Black Lives Matter and a graduate of the Cecil Murray Center Faith Leadership program. He proclaimed during in his powerful talk “We will not allow Hell to take another acre, on the Los Angeles streets.”

Los Angeles 8th District Councilmember Marqueece Harris – Dawson, an HHH author presented his support and mindfully answered the summit’s questions. County Supervisor Mark Ridley Thomas attended this event, assuring the summit about political accountability for these props. It was a summit of Los Angeles Interfaith community leaders, who all delivered powerful-relevant talks such as…

The power of story-telling empowered these transformative stories, leaving a lasting impression for change over Los Angeles pious leadership. The ILM Foundation and its efforts with Humanitarian Day, encourages U.S. citizens to exercise our rights to vote and help to create a more sustainable future. Please read and complete the entire ballot, for these props are located in its back pages. 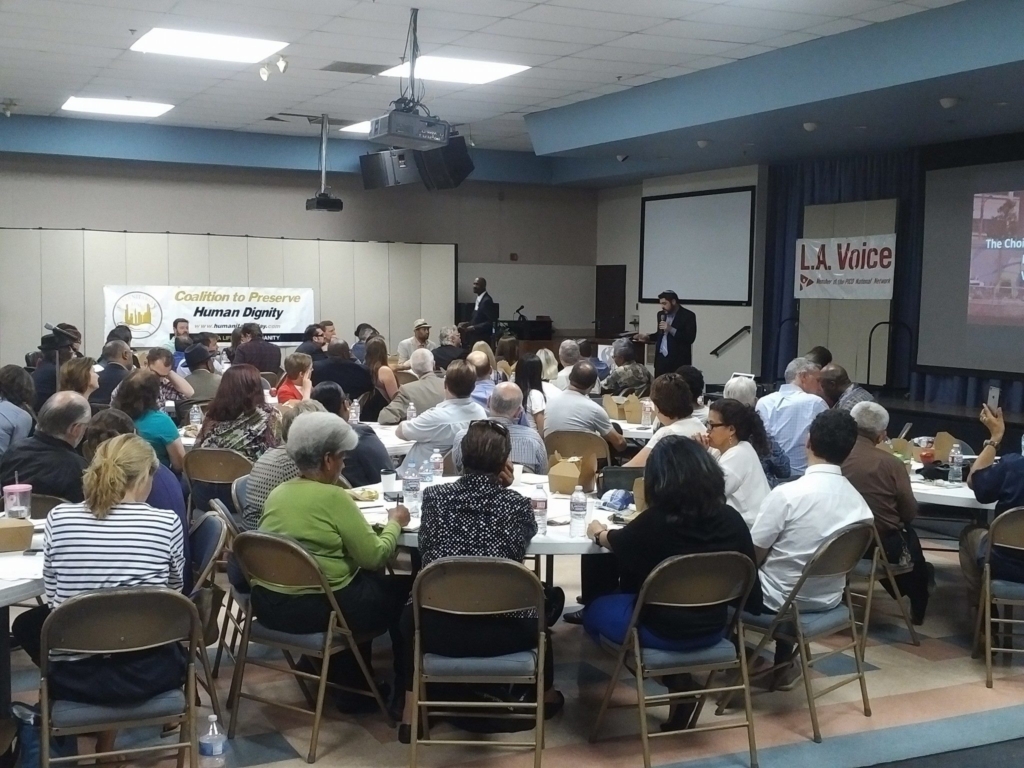